Join Us At The Movies

To celebrate the 50th anniversary of the prestigious Steve Tisch School of Film and Television at Tel Aviv University, AFTAU showcased three award winning short films to a full house at JIFF!

It was a wonderful social event and the audience was captivated by the outstanding quality of work emanating from the film school. The screening was followed by an informative Q&A with film director and editor
Hadas Ayalon!

Professor Ariel Porat, recently visited Australia with Amos Elad, Vice President for Resource Development at Tel Aviv University.
The visit was a real morale booster for The Australian Friends of Tel Aviv University and highlighted just how important TAU regards the work that we do.

Prof Porat was accompanied by Clive Donner, AFTAU Federal President, Jenny Hillman, AFTAU NSW President and David Solomon, AFTAU Federal CEO on their visit to Melbourne. They utilised the opportunity to catch up with both existing and potentially new supporters and also met with several next-generation members of supporter families.

At a cocktail party held in Dov and Rosie Potaznik’s home, Prof Porat spoke about how the Periphery Scholarship Fund has boosted accessibility to higher education among Israelis from disadvantaged backgrounds and outlying communities.

The Periphery Program recruits high school students based on their achievements relative to their classmates, rather than on standardised admissions tests that pitch them against privileged peers from the country’s wealthier central region. It provides financial, academic, emotional and social support alongside career and employment guidance.A third year PPE Honours student at TAU’s Faculty of Humanities and a participant of the Periphery Program shared her experiences on a live stream from Israel, which was a highlight!

TAU’s emphasis is on building relationships with Australian institutions. To this end, a wonderful event was held at Monash University Law Faculty Moot Court in honour of the late Emeritus Professor Louis Waller AO.

The Fireside Chat in support of the clinical law programs at Monash University and Buchmann Faculty of Law, Tel Aviv University featured lecturers and students from both universities sharing ideas on how they can improve their programs to help disadvantaged people who need legal support.
At a time when university students in Australia are passing motions supporting BDS and demonising Israel, this was a great opportunity to build trust and respect. 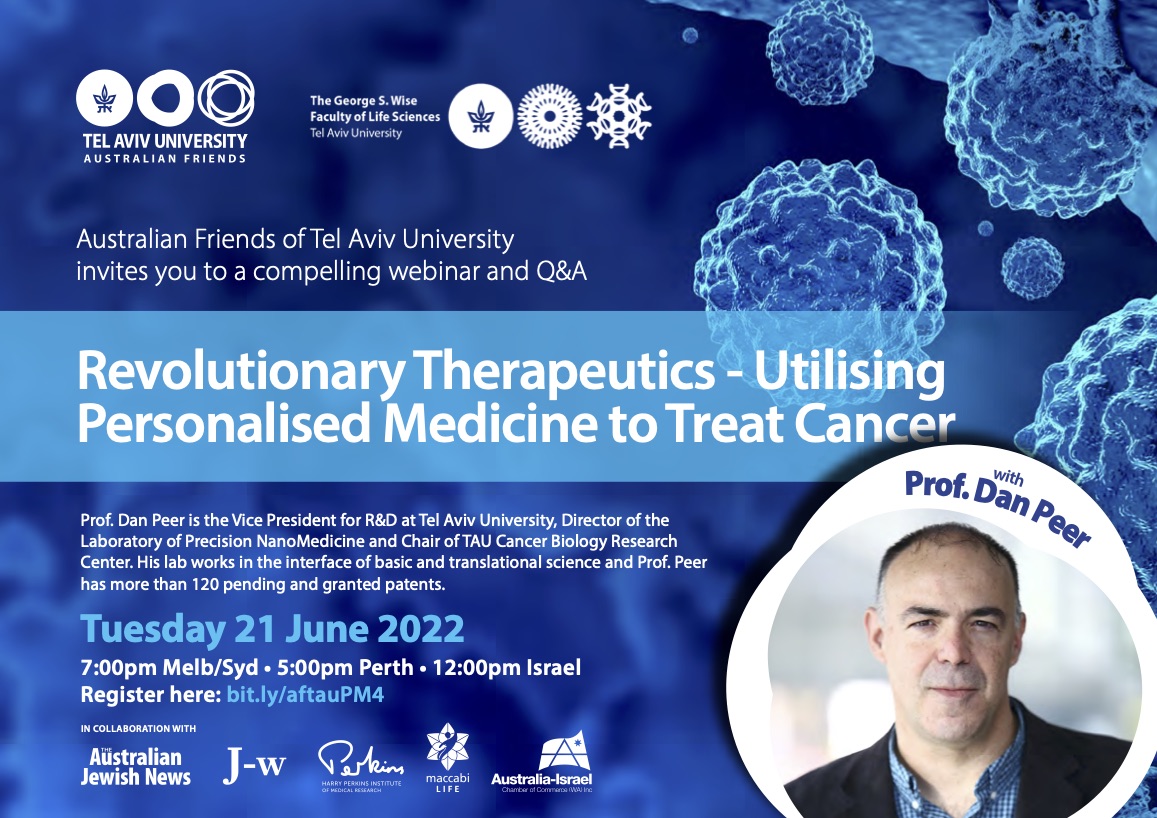 Prof. Dan Peer is the Vice President for R&D at Tel Aviv University, Director of the Laboratory of Precision NanoMedicine and Chair of TAU Cancer Biology Research Center. His lab works in the interface of basic and translational science and Prof. Peer has more than 120 pending and granted patents.

The Role of AI and Big Data in Personalised Medicine

Prof. Noam Shomron is recognised as a global genomic visionary. An alumnus of Moriah College and Macquarie University, he now Heads the Functional Genomic Team and is a Professor in the Department of Cell & Developmental Biology in the Sackler Faculty of Medicine at Tel Aviv University. 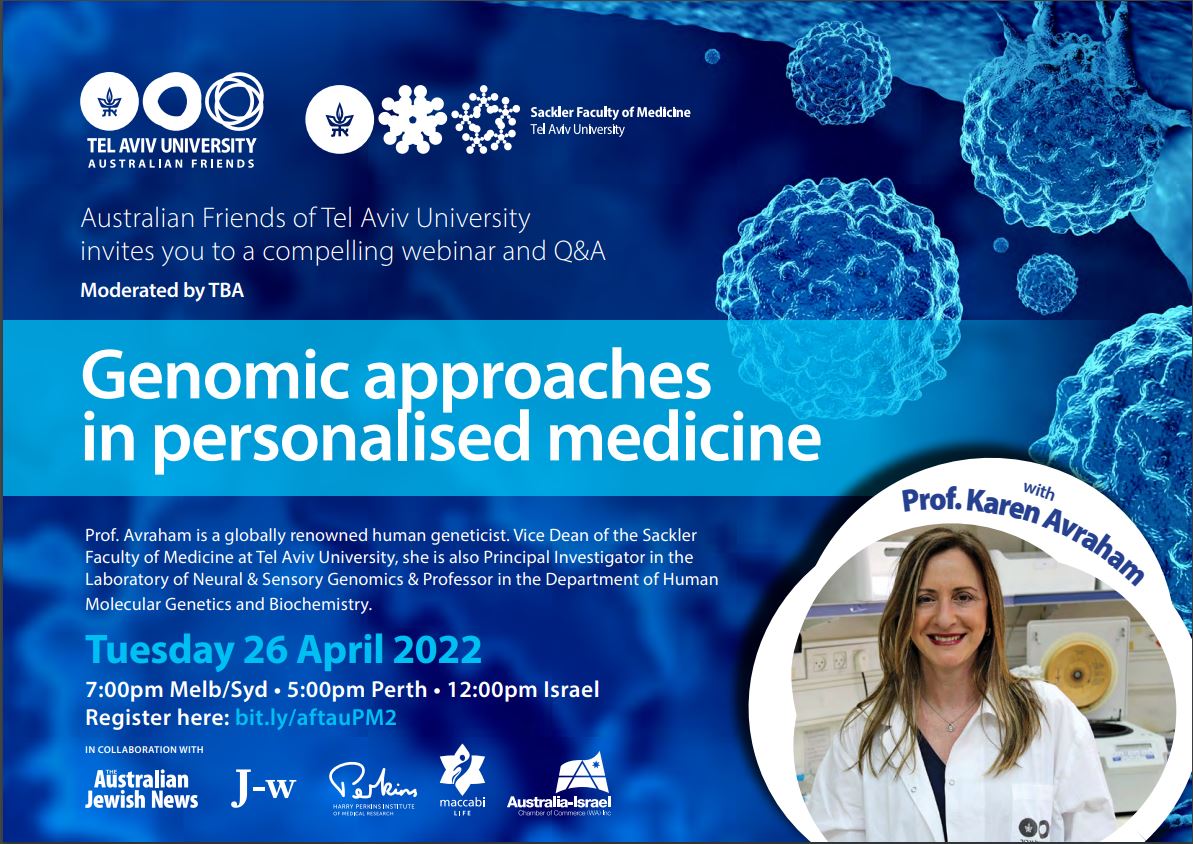 Around 500 million people in the world have hearing loss and 1 in 200 children are born with a hearing impairment. About 50% of these cases are caused by a genetic mutation.

Prof. Avraham is a globally renowned human geneticist. Vice Dean of the Sackler Faculty of Medicine at Tel Aviv University, she is also Principal Investigator in the Laboratory of Neural & Sensory Genomics & Professor in the Department of Human Molecular Genetics and Biochemistry.

Please join us to hear Prof. Avraham talk about genomic approaches in precision medicine, as well as her ground-breaking research for an innovative treatment for deafness and developmental delay, based on the delivery of genetic material into the cells of the inner ear.

Head of the Laboratory for Tissue Engineering and Regenerative Medicine,