For the 1st time at an Israeli university: Air and Space Power Center

Tel Aviv University and the Israeli Air Force establish a joint center that will harness the world of civilian research and knowledge to advance various areas related to policymaking and strategic thinking on issues of air and space.

On Thursday Dec. 30, Tel Aviv University and the Israeli Air Force launched the Air and Space Power Center at TAU, named the Elrom Center. The new Center, which is the first of its kind in Israel, will harness the world of research and knowledge to advance various areas related to air and space power in Israel.

The ceremony, held at TAU, was led by TAU President Prof. Ariel Porat, in the presence of Air Force Commander Aluf Amikam Norkin.

At the ceremony Prof. Porat and Aluf Norkin signed a joint document emphasizing that “a framework has been formed for multidisciplinary research promoting theoretical and practical knowledge on air and space power, as well as fruitful ties between academia and a range of other sectors, including industry, nonprofits and organizations, government agencies, and Israel’s security forces, to develop education and cultivate a cadre of future researchers in this important field.”

The center is also an important addition to the vision of the Israeli Air Force – to establish a national research and academic foundation in the field of Air and Space Power, in order to harness scientific knowledge for the benefit of the Air Force, encouraging creative and critical thinking and accelerating the incorporation of innovation into world views of the Air Force.

The new Center will be headed by Prof. Eviatar Matania of the Blavatnik Interdisciplinary Cyber Research Center, formerly founding Head of the Israel National Cyber Bureau and currently Head of the International Cyber Politics & Government Program at TAU. Combining theoretical and applied research, it will operate within the Gordon Faculty of Social Sciences but will also involve researchers from Engineering, Exact Sciences, and Medicine, and serve as a foundation for advancing multidisciplinary research on air and space.

In this context the Center will develop a cadre of future researchers and establish systematic academic activity in this area in Israel. It will encourage students to specialize in air & space power – both students who belong to nonprofits and organizations, government agencies and the security forces, and students looking to develop a career in industry in these important fields.

In the Israeli Air Force, the Air and Space Power Center will support the development of a foundation of academic knowledge. The academic research carried out at the Center can help in the development and adaptation of the Air Force’s operational concepts, combat doctrines, and power- building processes. Methodological tools for professional, abstract, and practical thinking developed by the Center’s researchers will also be beneficial. In the foreseeable future the Center will serve as a hub for international research collaboration with academic institutions, research institutes and air forces around the world. 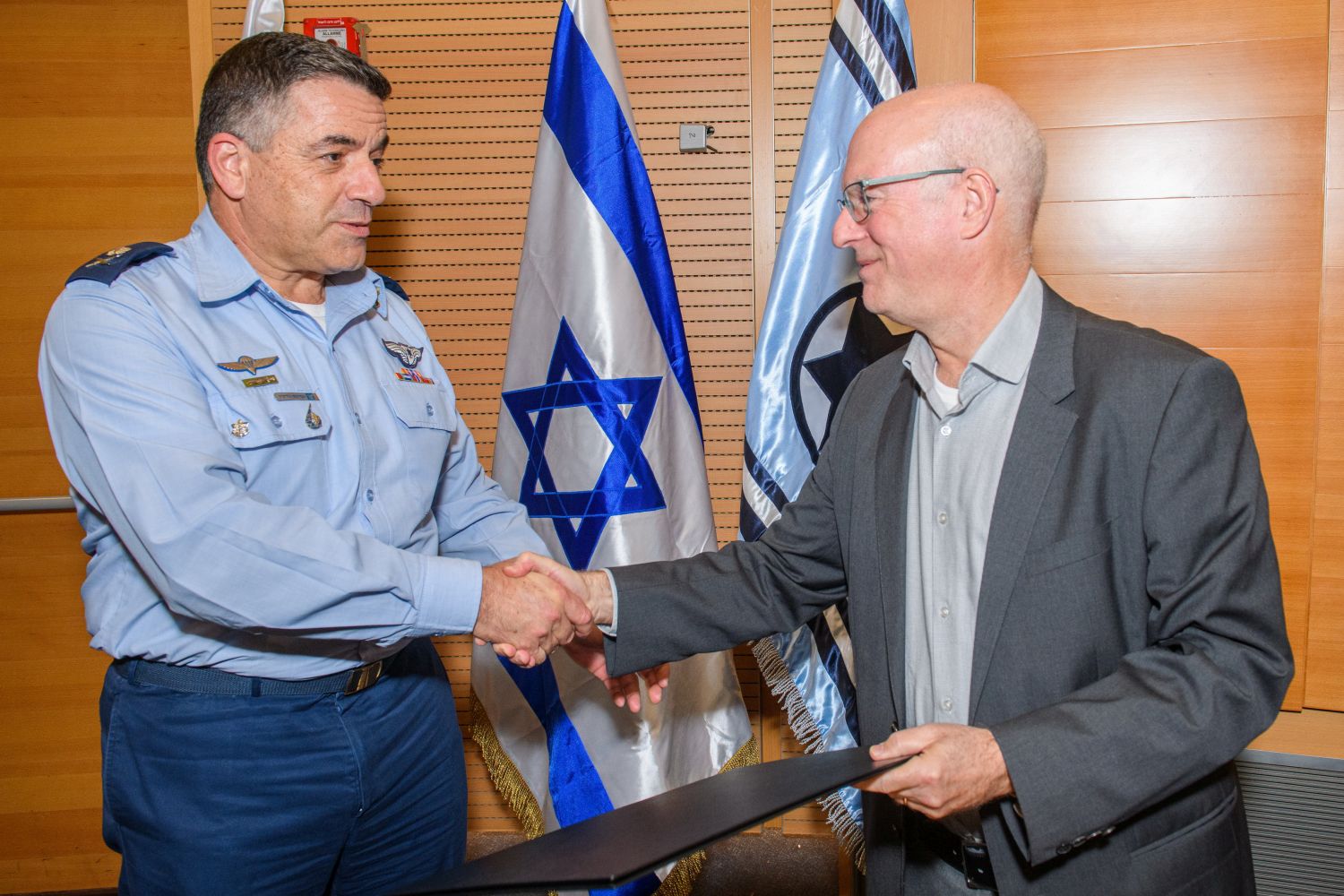 TAU President Prof. Ariel Porat: “The field of Air and Space Power is important and promising, both socially and scientifically. Many researchers at TAU address this subject from different angles, and the new Center will contribute a great deal to the advancement and development of both research and education in this area. Tel Aviv University conducts many research collaborations with industry and public organizations, which upgrade our research and make it more relevant. At the newly established Center, many more participants from industry and academia, both in Israel and worldwide, will become involved, advancing Air and Space Power research.”

Israeli Air Force Commander, Aluf Amikam Norkin: “Today we are groundbreaking pioneers in a vast range of operational issues which have grown in response to the challenges of our Middle-Eastern neighborhood. Thus, together with the IDF’s intelligence operations, air power has become the main answer to the country’s security challenges. Fighting terrorism from the air, air supremacy, remotely piloted aircraft, the most advanced air defense in the world, and three F-35 squadrons – are only some of the aspects in which the Israeli Air Force, together with Israel’s defense industries, are leaders and pioneers.

Ben Gurion’s vision, and his understanding that ‘the air is a new kingdom we must conquer’, has become a reality. But we must not rest on our laurels. Only in-depth investigation of ongoing operations will keep us sharp and ready. Yet as we look toward the coming decades, we need more than excellent inquiry. We must expand our activities into the academic arena, to include research methods developed in Israeli academia, at Tel Aviv University. We must set in motion both military and civilian research on air and space power, that will open new horizons to which we may aspire.

The establishment of the Air and Space Power Center, bringing together experts from academia and the Air Force, transforms a vision into reality. This is a real need arising from the constantly rising complexity of the battlefield and operational challenges, requiring ever greater and deeper military knowledge – in order to ensure the position of the Israeli Air Force as one of the leading forces in the world.”