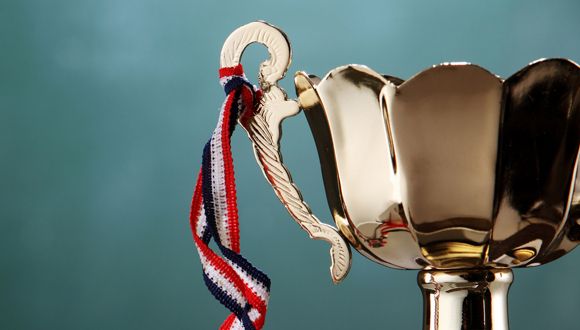 From the preservation of African American history to Artificial Intelligence, the Dan David Prize honors innovators in a range of important fields

The internationally renowned Dan David Prize, headquartered at Tel Aviv University, annually awards three prizes of US $1 million each to globally inspiring individuals and organizations, honoring outstanding contributions that expand knowledge of the past, enrich society in the present, and promise to improve the future of our world. The total purse of US $3 million makes the prize not only one of the most prestigious, but also one of the highest-value prizes internationally. This year’s fields are Cultural Preservation and Revival (Past category), Gender Equality (Present category), and Artificial Intelligence (Future category).

Cultural Preservation and Revival (Past Category)

Lonnie G. Bunch III was the founding director of the Smithsonian’s inspiring National Museum of African American History and Culture in Washington, D.C., which constitutes the most comprehensive and significant project toward the preservation of the full sweep of African American history and its impact on American and world history. With over 40,000 exhibits, the museum has been critically praised for its clear-sighted, unflinching portrayal of the African American experience. An influential curator and prolific author, Bunch serves today as the Smithsonian’s 14th Secretary – the first historian and first African-American to be appointed to this position.

Prof. Barbara Kirshenblatt-Gimblett is a distinguished scholar of Performance studies and Jewish Studies at New York University, who led the development of the core exhibition of POLIN Museum of the History of Polish Jews, winner of the 2016 European Museum of the Year Award. The museum is a hub for Jewish historical preservation in Warsaw, tracing the 1000-year history of Polish Jews, in an effort to re-animate a vibrant and culturally rich vanished Jewish world, which she has spent a lifetime exploring – telling the story literally where it took place.

Prof. Debora Diniz is the Deputy Director of the Rights and Justice Unit for the International Planned Parenthood Federation/Western Hemisphere Region, where she oversees strategies to promote and protect gender equality, sex, and reproductive rights and health, and to eliminate violence against women and girls in Latin America and the Caribbean region. Her ongoing contributions span her work in sexual and reproductive health rights, social protection, and reframing the Zika virus in relation to social and racial inequalities.

Prof. Gita Sen is a pioneering feminist scholar, researcher, and advocate. For decades, she has worked expansively in the fields of population policies, reproductive and sexual health, women’s rights, poverty, labor markets and global governance, combining her academic career with policy advocacy and activism. Her innovative research on disadvantaged populations in low income rural settings, together with her mentorship of young scholars and advocates, has made a significant impact on the field.

Dr. Demis Hassabis is a pioneer of artificial intelligence and a widely-cited neuroscientist. He is the co-founder and CEO of DeepMind, one of the world’s leading AI research companies, which seeks to combine insights from neuroscience and machine learning with the latest developments in computer hardware, to construct a mechanism for general-purpose learning – ‘artificial general intelligence.’ To date, DeepMind has published nearly 1,000 papers – including multiple Nature and Science publications – and achieved groundbreaking results in challenging AI domains, from self-learning algorithms playing strategy games at a “superhuman” level (DQN and AlphaGo), to protein folding and medical applications.

Prof. Amnon Shashua is a machine learning and computer vision researcher at The Hebrew University of Jerusalem. His work and insights formed the seeds of several startups he has co-founded over the years, including Mobileye (acquired by Intel Corp. in 2017), which develops AI to enable driving assistance systems and autonomous driving technology – to date, more than 55 million cars throughout the world are equipped with Mobileye systems; and OrCam, which harnesses computer vision and natural language processing to assist the visually and hearing impaired.

About the Dan David Prize

The Dan David Prize was established by the late Dan David, an international businessman and philanthropist whose vision is the driving force behind the international Dan David Prize. His aim was to reward those who have made a lasting impact on society and to help young students and entrepreneurs become the scholars and leaders of the future.

The laureates donate 10% of their award money to scholarships for graduate or post-graduate researchers in their respective fields.

Ariel David, director of the Dan David Foundation and son of the prize founder, said: “We are very proud of the unique model the Dan David Prize takes in turning the spotlight on endeavors that often do not fall under traditional prize categories, yet result in outstanding contributions to humanity that define who we are and shape our future.” The Prize’s unique model implements a ‘roving’ formula that rewards achievements in all fields of human endeavor, rather than in a fixed set of categories, and every year, a new theme is selected for each of the three time categories – past, present, and future.

The six laureates will be honored at the 2020 Dan David Prize Award Ceremony, to be held in Tel Aviv in May 2020.